Low Code and No Code 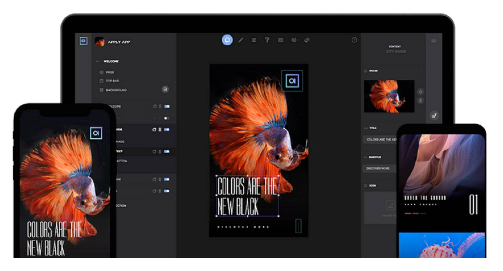 Maybe they’re nothing new to you, but I just came across these terms. I’ve wanted to dig in a little, and try to get a glimpse of what they are and what they potentially mean to full-time programmers like us.

According to this Wikipedia article (december 15th, 2018), “A low-code development platform (LCDP) is software that provides an environment programmers use to create application software through graphical user interfaces and configuration instead of tradtional computer programming”. This model promises that more people will be able to contribute to the development of specific applications, at a lower price, in a shorter period of time and, most importantly from my point of view, without specific programming training.

Last december 14th El Pais published an article with regard to the Low Code / No Code model. I quote: “No Code allows the design of an application from the web browser, defining each element and the properties they must handle in its dialog with the application and the devices they interact with. The result is a program ready to run in both mobile or desktop devices, multifunctional and with a high degree of information management capabilities. (…) One of the key benefits is privacy. All this information stays in the company and does not travel through developers or third party platforms.” The article mentions Apply Digital Systems, a young company (it was created 8 months ago) that has already been able to make three big customers, General Electric among them. According their portfolio, the platform consists of integrated content management and API mapping, but also native app design, so it would seem that at least part of the development needs to be done on the basis of elements that already exist, whether it be a data repository or, most significantly, an API that somebody must have previously developed.

The truth is that, more and more, designing and programming are jumping off the boundaries of technicians. Most anybody can produce close to professional looking presentations with Prezi and tools alike, and it’s amazing to see some of the things that kids can can do with platforms like Scratch, a programming environment where you can “snap” puzzle-looking pieces that hold code bits that, all together, make up simple (or not so simple) programs. Only three weeks ago my ten year old son came back from school telling me he had created a small game of a running kitten that had to be kept within the limits of a winding road. He did it during lunch break, and the teacher who helped him was not a technician, it was the library keeper. It was notorius some years ago the case of a kid who became so proficient in building Scratch programs to understand school curriculum that he ended up conferencing with Ted.

So, where are we heading in terms of programming environments? Are programmers going to be unnecessary? I doubt it. Are these Low Code / No Code models good for any kind of development? I haven’t read enough yet, but it would seem that for the moment we are not going to be out of the programming market. Do we have to keep an eye on this? Well… probably.

"Lighting a candle is projecting a shadow" (Ursula K. LeGuin)